States the Size of Countries

It can sometimes be hard to understand just how large the U.S. economy is compared with the other countries of the world.  You’ve probably read that California, alone, if it were an independent country, would have the world’s fifth largest economy.  But what about the rest of the states?

A map created by the Eurasia Group does a great job of putting in perspective the size America’s economic output by matching each state’s GDP with some country’s.  For instance, California’s economy is roughly the same size as the United Kingdom’s.  Texas and New York are both roughly (in economic terms) as productive as Canada.  Michigan is the economic size of Sweden, Virginia the size of Switzerland, and North Carolina, Georgia and Washington state are the size of the Asian economic powerhouse known as Singapore.

As you look at the map, you realize that it would take many productive countries to equal one America.  You can look on that with pride or realize how this confers a lot of responsibility on the world’s largest economy. 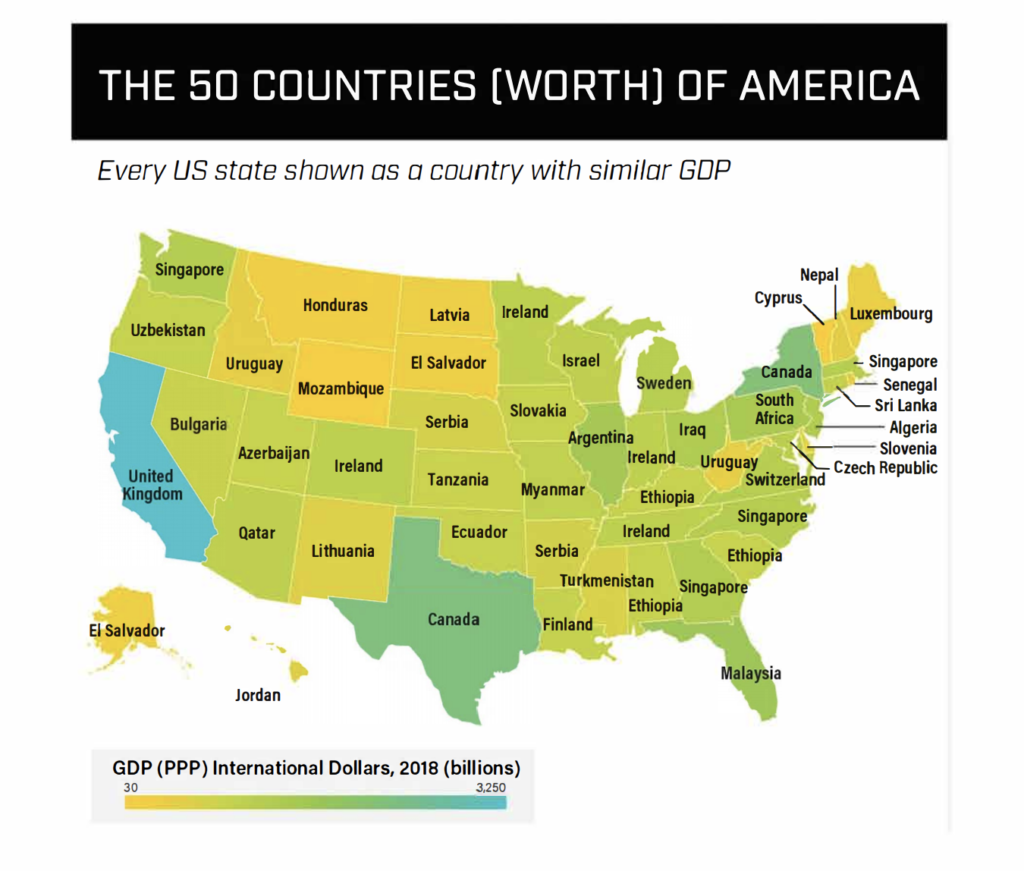